I last wrote about this topic (in more detail)in my dissertation in the year cough cough etc.

I focussed on the femme fatale on film and how feminist theory has been applied on celluloid.

It was the lovely Glenn Close in the fantastically, ferocious Fatal Attraction who my attention was focussed on in part of my fancy pants essay. And whilst there are both implicit and hugely explicit parallels to be drawn and homages to be noted between Fatal Attraction and Madama Butterfly, I think that a little of the huge sympathy audiences have for our female protagonist in the latter should also be reserved for her or the former.

Madama Butterfly is my favourite opera. Hands up I haven’t seen ALL of the operas. I work full time and have two cats to deal with. But it is a story and a score I’ve returned to theatres to see multiple times – once through the medium of ballet (those on stage, I mean, I didn’t go pirouetting off to the Opera House).

Last Tuesday I was invited to the opening night of Madama Butterfly at The Lowry Theatre. 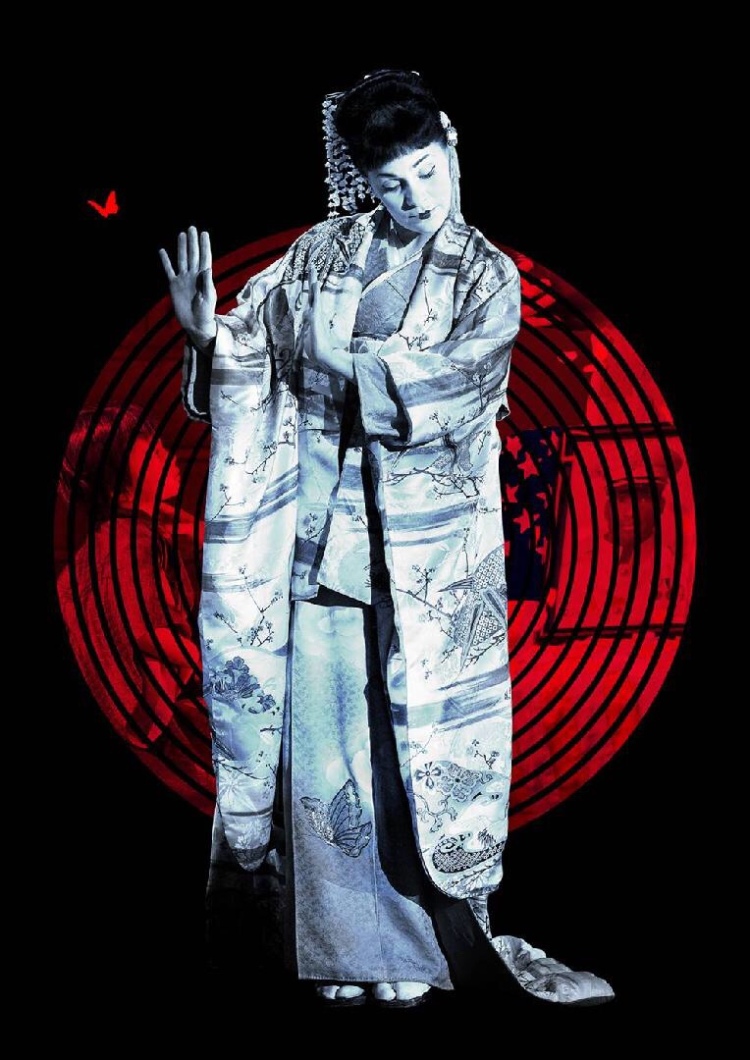 My heart leapt in anticipation of what I knew would be a roller coaster of emotions throughout the performance from drama queen over here.

Opera North did duly take me on that ride and tears did duly flow.

You can read more here but, to summarise, Madama Butterfly 🦋 is a tale of the romance between Cio-Cio-San, a young Japanese girl and geisha who falls for the promises made, by visiting American naval officer Pinkerton, and agrees to marry him. This is to the chagrin of her family who are horrified that she is prepared to sacrifice her ancestral religion and embrace Christianity. 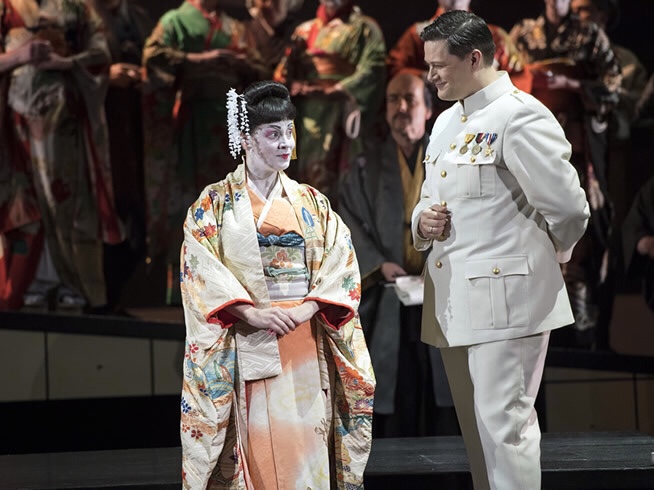 Pinkerton is going into the marriage for what he can’t be sure is love or a whim ‘someday I will take a real American wife’, but worries not, given that he is returning to American for an undisclosed period of time.

Three years pass and Butterfly still waits for her husband, and it is revealed that her marriage brought her a son. Together they wait for Pinkerton to return. Return he does, but with the ‘real’ American wife he always intended, here for the child, not Butterfly.

Devastated, Butterfly agrees, with what would be her penultimate sacrifice, the final being her life, using the dagger which took her own father’s life.

With a rousing score by Puccini which devastates me as much as the story playing out, there isn’t a performance goes by of this wonderfully sad story that doesn’t leave me in tears and as said Opera North’s was no exception, with a wonderful orchestra conducted by Martin Pickard.

Sung in Italian with English subtitles, the production was set in the home of Cio-Cio San (Ann Sophie Duprels) which was simply designed with what you might describe as typically Japanese minimalism, allowing the eye to focus on the players and drama ensuing within – not that you would need encouragement to do so.

Along with Merunas Vitulskis (Pinkerton) and Ann Taylor (loyal maid Suzuki) and all the players, I was mesmerised by the passion and emotion displayed through the vocals, body language and even periods of abject silence (the devastating scene as Cio-Cio San waits at the harbour with her son, to no avail).

The audience’s heart strings are tugged to breaking point by Cio-Cio-San’s sorrow and so I return to Glenn Close’s Alex Forrest, in Fatal Attraction.

There are immense parallels, as said some obvious (Alex playing Madama Butterfly at her home as she cooks newly acquainted married lover Dan Gallagher (Douglas) dinner, later trying to make nice by buying them two tickets to said opera.

There is even a nod (bow?) to Japanese culture in early scenes where Dan and Alex’s paths first cross at the launch for a Japanese self-help book.

Everything in Alex’s home is white, crisp, clean simple lines. Her father is dead (there is a double bluff where she proclaims him to be dead from a heart attack when Dan feigns collapse, only to then reveal she is joking and he is very much alive – Dan later learns he is in fact dead). She is spurned by her lover who has an American wife and child (to be fair to Dan, Alex knew of this from the off). However it’s the role that Alex doesn’t have, hers being that of the other half of a two night stand whilst Dan’s wife is at her parents.

There is a child (unborn) that Dan rejects upon being given the news that Alex is pregnant (immediately offering her money to abort). The (unsuccessful) suicide attempt as Alex slashes her wrists when realising that Dan is going to immediately return to his family set-up, their ‘love’ affair lasting only a weekend.

Alex is spurned by her lover but he is not her husband. He belongs to another and was never hers to begin with. Cio-Cio-San was lead to believe Pinkerton was hers and whilst both women are spurned, the latter is wholly more naive to reality than the former.

However, who can fail to be moved by the scene in Fatal Attraction where on the night of the opera performance that Alex had tickets to, she sits on the floor at home turning the lamp on and off rhythmically to the desperate strains of Puccini’s score, face frozen in an expression that is both despair and rage.

It’s terrifying and we’re all cheering Alex’s downfall in the end (not in support of Dan, it has to be said, but his ever so lovely wife Beth (Anne Archer). But shouldn’t we reserve a little of our sympathy for Alex?

She may not have had the naivety of Cio-Cio-San and her reaction to rejection may have been somewhat more outwardly facing than self-destructive, but there are definite parallels to be drawn.

Or as originally written…

Heav’n has no Rage, Like Love to Hatred turn’d, Nor Hell a Fury, like a Woman scorn’d…

We all focus on the fury but rarely the scorn. In both stories, both women scorned suffered fatal consequences, one more directly, one indirectly, by their one hands as a result of their reactions. 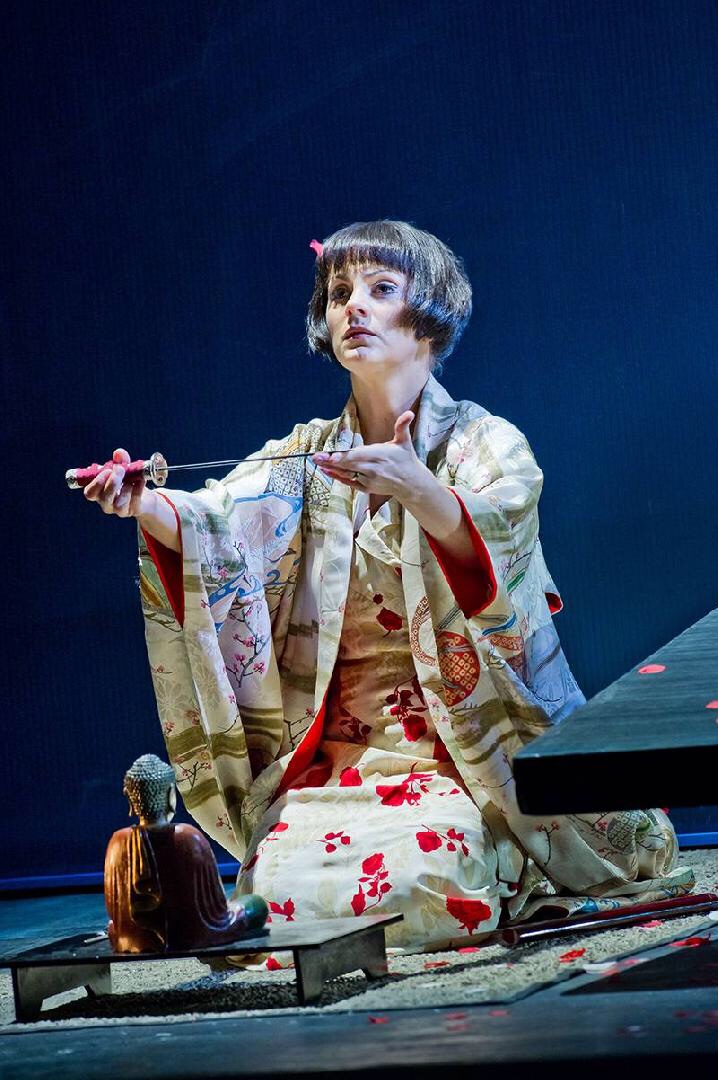 Madama Butterfly, a beautifully sad story that must be seen and also heard, not least by Opera North.

Part of the Fatal Passions season at The Lowry there’s that F word again), you can see further Opera North productions such as Saloma at the theatre through to April.