I won’t repeat my love for fringe theatre all over again (I’ll just casually leave this here – Review – Talk to Yourself at The Kings Arms and actually probably will repeat it in this review anyway).

One reason for my love of fringe theatre which I’m not going on about again (am) is the creative use of space – the departure from the traditional curtains/stage/theatre experience. 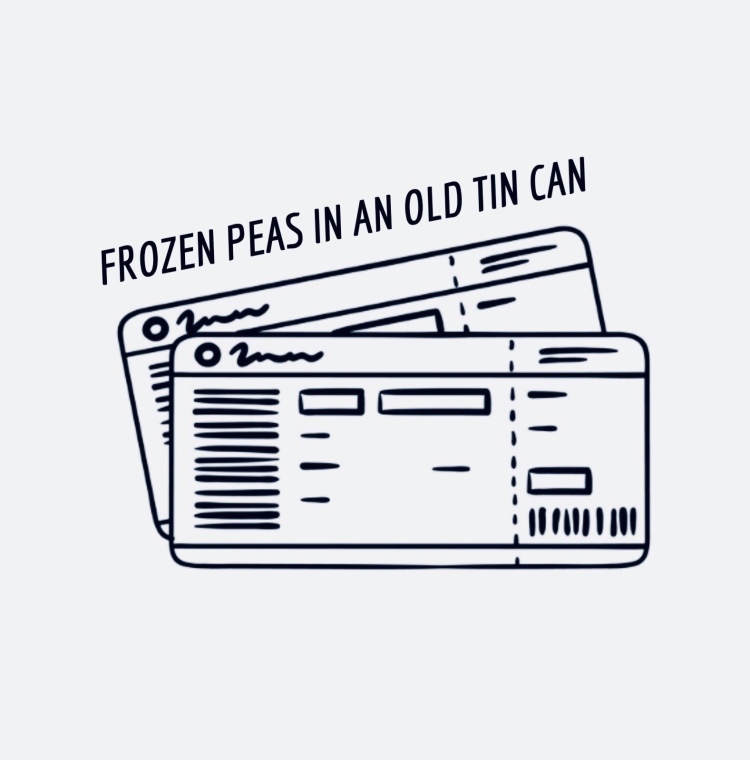 Now Frozen Peas in an Old Tin Can was intended to be performed in the beer garden of the Kings Arms, Salford. But our delicious British Summer had other plans… 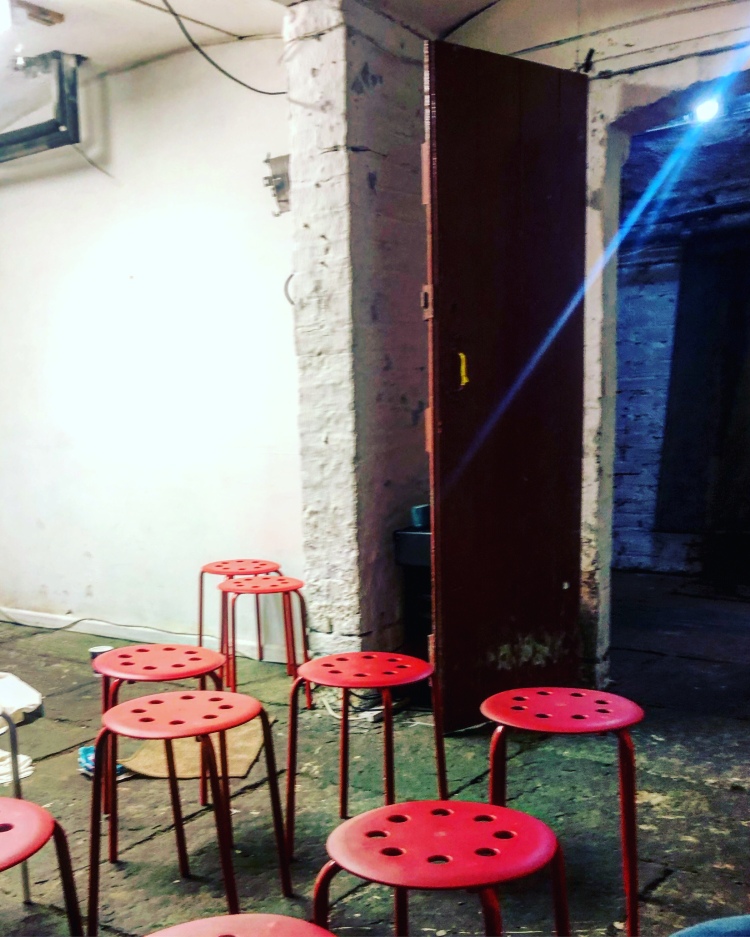 I really do like the title of the play but for lazy reasons I shall, going forward, refer to it simply as ‘Can. Although I could have written the full title several times over for the time it’s taken me to write this explanatory paragraph.

We meet the trio as they fantasise about where they’d take a holiday (in case you’re wondering, Southport – I get it, fun times had at Pleasureland in the 80s…). To do so, means to put on a street gig armed only with a guitar, a, yes, tin can of frozen peas (freaky dancing a plenty) and a pan and wooden spoon.

It made me ‘chuckle’ (great gag) and genuinely ‘laugh out loud’. Not like when you acknowledge that something is funny and you want to outwardly indicate that you appreciate ‘what they’ve done there’ by making a noise and smiling. There was actual involuntary laughter.

But of course there was a serious message being delivered here.

By the old school friend of Sarah’s we had the voice of ignorance, the homeless should be helping themselves, they’re lazy etc and so on. And we also had the back stories as to why these three people were out on the street living in the ‘fort’.

Sarah had lost a sister to cancer, Barney had unravelled when his grandad had died, smashing up his place of employment, Curry’s’ as a final act with debts and fines sending him straight to the streets, and Derek…

Now this was a bold device and if my deduction is knee-jerk and massively wrong, I apologise but Derek is a paedophile. Caught by his wife, he tells us, looking at images on the computer, who immediately called the police sending me to prison.

Derek is an affable chap, caring for the other two with an honesty and affection. But as an audience, what do we do with this information? Squirm, feel uneasy, shocked but also slightly impressed by that the writing took this brave leap which perhaps took away what could have gone down a fairytale, whimsical tale of twee togetherness on the streets. 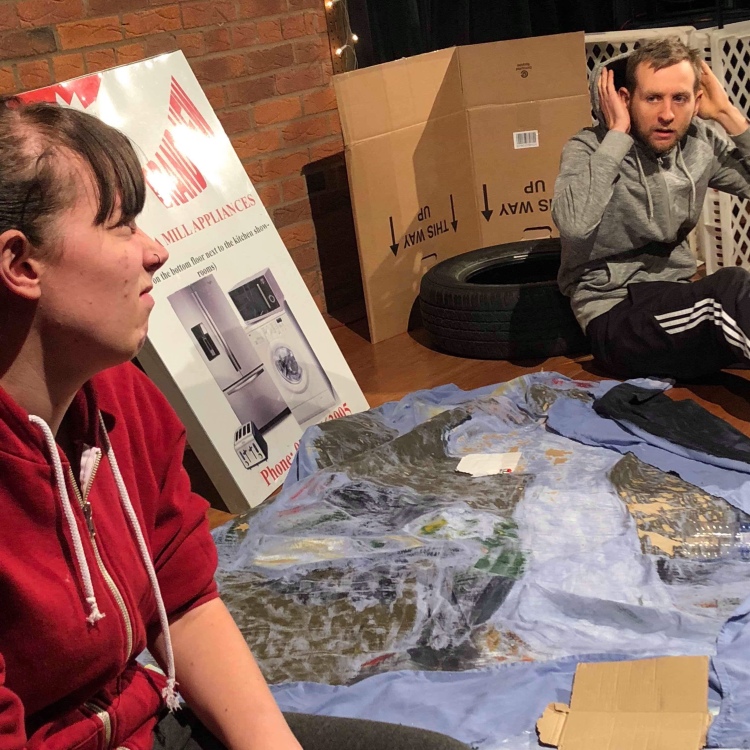 Culminating in a singalong as we, the play’s audience became audience to Derek and The No Homes to Go (thank you for the rustic karaoke lyrics scrawled on cardboard – I’m shocking with a lyric), the production was immersive, heartfelt and even fun.

So as ‘Can made us laugh, sing, give money to the cause both in the play and in reality afterwards (details below), that hour in the pub on Sunday was brilliantly well spent (most fun I’ve had sober in a pub since I was granted that hallowed second packet of Quavers when I was 8).

Now for a touch of reality, any of us who live, work, visit Manchester will be no strangers to the growing issue of homelessness.

Doorways, pavements, canalside, underneath the arches, the problem cannot be avoided both conceptually and in actuality.

As the programme notes shocking point out, sleeping rough has increased by 102% in the U.K. since 2010.

To learn more about Shelter and to donate, please head to Shelter.org.uk

One thought on “Review: Frozen Peas in an Old Tin Can (Greater Manchester Fringe)”