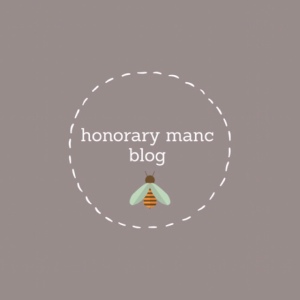 One of my favourite sketches, amongst thousands (which, incidentally, does not include the bloody parrot one), is Monty  Python’s irreverent (could it be anything else) look at working class life:

Turning matters on their head, whilst t’father in ‘is rolled up sleeves, braces and britches, sweats over his work as an award-winning playwright in ‘ampstead, his well spoken son who previously has gone ‘poncing off to Barnsley’ to be a coal miner, returns home. Concerned about his mum, he exclaims

Look at what you’ve done to mother! She’s worn out with meeting film stars, attending premieres and giving gala luncheons…

And so (somewhat tenuously), we come to the Gala Premiere showing of Mrs Lowry & Son, at, where else, Salford’s very own Lowry Theatre.

Starring the wonderful (and no introduction-warranting) actors Vanessa Redgrave and Timothy Spall in the title roles, the Adrian Noble directed film takes us to Pendlebury and almost exclusively to an elderly Elizabeth Lowry’s bedroom where, from a bed, she relies on  (how much this is actually required is unclear and a point which Redgrave refused to speculate on during the Q&A following the screening), berates and manipulates her ever-patient but very much grown up bachelor son.

Exuding regality (and extreme fragility when, perhaps suited), Redgrave’s Mrs Lowry is quick to criticise her son’s ‘hobby’ and any artistic aspirations (which, would always be quiet and humble) he may dare to have. Indeed any praise or commendation is reserved for the buying of sausages from the ‘correct’ butchers (although did he buy them from the father or the son in the shop because this is important…).

As we see Mrs Lowry bemoan the fact that her previous middle class standing had given way to what she sees as a low class existence in 1930s Pendlebury,

I haven’t been cheerful since 1898

the irony is, of course, there in spades, given the reverence, value and respect in the history of art which was to come to one L.S….

Occasionally venturing outside the terraced house and into the streets as our Laurie goes about his day job collecting debt, the film is careful not to litter the screen with obvious and clichéd nods. We’re not bombarded with matchstick men, cats and dogs in the frame, but we do see landscapes and scenes of inspiration for paintings which were to become.

As Timothy Spall so beautifully put it in the Q&A, Lowry saw the ‘gorgeous decreptitude’ in his surroundings.

That can only sound like an oxymoron if you’ve never seen one of his paintings. Then it makes perfect sense.

One direct and glorious reference we are treated to in the film, deals us a live version of  one of my favourite Lowrys… 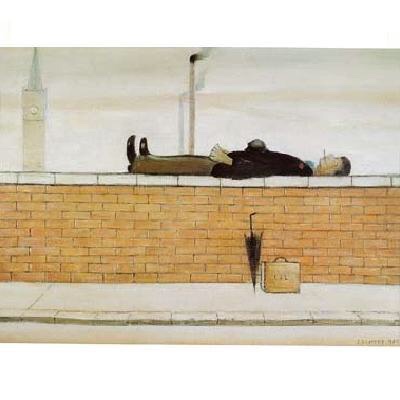 Lowry was to turn down a knighthood, later in life, reasoning that as his then late mother wasn’t there to see it, there wasn’t a point. One wonders what Mrs Lowry would have thought (perhaps even if it was secretly, dressed up in critique), were she to witness her son’s legacy – right up to last night’s Gala Premiere.

Whilst we’ll never know for sure, with writer Martyn Hesford’s screenplay, we’re probably as close as dammit to guessing.

The permanent and rather wonderful exhibition L.S. Lowry The Art & The Artist at, where else, The Lowry, is open daily and free to visit. See thelowry.com for details.